“They’re making use of their private civilian expertise to safeguard our election and do a tremendous public service and that’s a model for the whole country,” the Connecticut senator said Friday at a news conference.

When coronavirus sidelined 18 members of a Coast Guard cutter crew, cadets stepped in

A week before the Munro was to deploy, a crew member tested positive for COVID-19. Through contact tracing, it was determined that 18 of the crew would have to quarantine. So the ship's commanding officer turned to the Coast Guard Academy.

The retention rate for Swab Summer was the highest it's been in recent years. Nine out of 265 cadets did not finish the training compared to the 15 to 20 who have dropped out each of the past few summers.

With pending release of USS Thresher records, some families hope for answers

Michael Shafer, whose father and uncle died when the Thresher sank 57 years ago, said he hopes the planned release of the Navy's records related to the diasaster, prompted by a lawsuit, get him closer to the truth.

On Sept. 19, veterans and active duty service members will take to the streets of Norwich to illuminate the issue of veteran suicide. 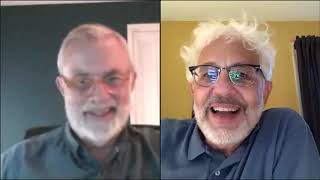 Connect with your local libraries for assistance finding information about election concerns, so you can be certain your vote counts.

Writing on Water: Historic houses have their own stories to tell if we dig a bit

Perhaps therein lies the real truth of our local history: the stories imbedded in the walls of these ancient homes.

There will be one question to increase the bond authorization by $985,000 and one to appropriate $1.2 million in FEMA dollars.